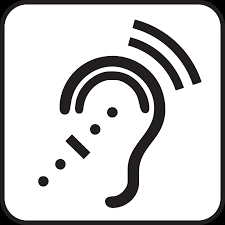 In a previous blog post, 5 Myths About Why You Have an Accent, I discussed what causes people to have a foreign accent in American English. Accents are a result of your spoken English being filtered through the sound system of your first language. In other words, your mouth is most comfortable making the sounds and intonation patterns of the language you heard as an infant or a young child. Yet, the sounds of American English and the sounds of your first language or dialect probably don’t completely overlap. There may be sounds that exist in American English that don’t exist in your first language, and vice versa. This means that when you try to make a sound in American English that does not exist in your first language, you automatically (and possibly without even realizing you’re doing so) revert to pronouncing a similar yet different sound that you’re more comfortable saying, instead. For instance, many languages don’t have “th” as a distinct sound, whereas English does. So native speakers of languages that don’t have “th” will often substitute a sound that their first language does have, such as “s”, “z”, “f”, “v”, “t” or “d” for the “th”, thus contributing to how accented their speech seems to others. Additionally, some people may also be filtering the English that they hear through the sound system of their first language, and thus may not hear the difference between, for example, “thing” and “sing” or “beach” and… a rude word that sounds similar to it. This can cause potential misunderstandings, confusion, or embarrassment. If you can’t hear a mispronunciation, how can you correct it? The answer is ear training, which is a key aspect of accent reduction lessons.

What is ear training?

Within Accent Eraser’s training program, there is a hierarchy of learning certain skills. For example, as you improve in your knowledge of a specific sound, you work your way up the hierarchy to perfect use of that sound in increasingly more difficult contexts. The first and most fundamental foundational level is being able to hear the sound of American English clearly – for example, being able to hear the sound “th” as completely different from the sound “s” or “f”. The next level is hearing similar but different words clearly (e.g. “think”, “sink”, “fink”), the next level up is being able to distinguish sentences containing similar but different words, then next level up is saying the “th” sound accurately, then saying the sound in a word, then in a sentence, then in a paragraph, then in an article or essay, then in structured spontaneous conversation, then in unstructured spontaneous conversation while thinking about it, and then the highest level of comprehending how to pronounce a sound is saying it accurately during spontaneous conversation without having to think about it.

What does ear training involve?

Ear training involves sharpening your own self-perception. In practice, this includes a lot of repetition, listening to “minimal pairs” (a pair of words, such as pit and bit, that contain only one different sound), getting a lot of feedback from your instructor at first, and then later listening carefully to audio recordings of yourself to increase your self awareness. Soon, you will be giving feedback to yourself! It is my honor and duty as an accent instructor to make myself obsolete. In other words: Even though I give my students a lot of feedback at first, I also give you the tools you need to perceive your own speech clearly, and to self-correct as necessary without outside feedback. Ultimately, ear training empowers you to study and learn independently, pick up accent knowledge naturalistically in everyday life, and constantly work towards improving your American accent.

If you have additional questions about how ear training fits into Accent Eraser’s training course, reach out and contact me today at ilana@accenteraser.com.