Occasional misunderstandings are inevitable during conversations. Still, it can be frustrating to see a confused look on your conversation partner’s face, or to have to repeat yourself multiple times in order to be understood. Having said that, there are some tricks you can use to get a conversation back on track after a misunderstanding interrupts its flow!

This may seem counterintuitive, but sometimes the fastest way to be understood more clearly is to slow down your speech. When you slow down your rate of speech, breaks between words and sentences become more clearly defined, each syllable comes across more clearly, and your conversation partner has more time to process what you’re saying. This tip is listed first for a good reason: most misunderstandings can be cleared up by repeating the misunderstood word or phrase more slowly, and it’s sensible to try this tip first in most cases. And, if you’re in a situation where a lot of misunderstandings are happening, slowing down your overall rate of speech can help prevent misunderstandings.

2. Repeat yourself (but not too many times)

When someone misunderstands you and says “What?” or “Excuse me?” or makes a face that shows that they didn’t understand, repeating yourself is usually the first course of action. It often clears up the misunderstanding, but not always. The trick is to not get caught up in a loop of repeating the exact same thing in the exact same way multiple times. Repeat once (or maybe twice, depending on the situation, such as if a loud noise interrupted you), then if that doesn’t clear up the misunderstanding, then move on and try one of the other strategies on this list.

If repeating doesn’t work, then spelling is another good option, especially if the misunderstanding involves one word. Here’s an example of an exchange:

Another tip for spelling is to use real words to make sure your letters are understood clearly. This is an especially good idea if any of the letters involved sound similar to other letters (such as f/s, d/b, m/n, and more) or when you are spelling a word that you wouldn’t necessarily expect the other person to already be familiar with, such as a proper name. You can use whatever words you think will be clear, or if you don’t feel like thinking up your own, you can use the NATO or Western Union alphabet words that many American listeners will already recognize and be familiar with.

The format of the way people use these alphabet words is by saying the letter, then either “as in” or “like”, then the alphabet word. So here are two ways to verbally spell “oat” using words:

If you have a name that is tricky to spell, I recommend memorizing your favorite words to go with the letters: for example, my go-to spelling for my frequently-misspelled first name is: “I as in ice cream, L as in lollypop, A as in apple, N as in November, A as in apple.” Of course you can pick any words you like, just be careful about picking words that have a lot of rhymes: you don’t want to say something like “V as in very” and have the other person misunderstand it as “B as in berry”, since that would defeat the purpose!

Similar to tip #3, you could also write the misunderstood word(s) if you have a convenient way to write handy. In virtual meetings, typing in the chat can be a good option. 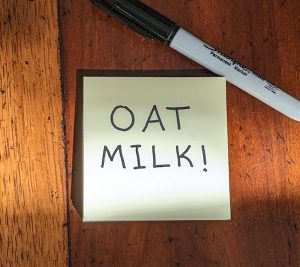 Switch around the word order and/or use different words if possible.Here’s an example from the TV show Flight of the Conchords of rephrasing, in which a New Zealander and an American have a misunderstanding due to their different accents .

Now, surely this misunderstanding was repeated four whole times in this case because this show is a fictional comedy, but in real life, hopefully rephrasing “dead” to say “not alive” would have been attempted after the person was misunderstood the first time (as I advised in tip #2!)

This is an underused gem of a tip. Giving just a small amount of extra context can often clear up a misunderstanding. To continue with the above example, here’s what this tip might look like in action:

Using hand gestures in addition to words can be an option in some situations. Be warned that the meanings of some gestures can vary from culture to culture. Having said that, sometimes gestures can be the fastest and easiest way to clarify a misunderstanding. For example, if you are referring to something like an item on a menu in front of you, or an object near you, pointing or gesturing at it can quickly clear up the confusion.

8. Check in and make sure that the person understood

Once you’ve used the strategies above, check in with your conversation partner to make sure they’ve understood. The way you’d check in would ideally be custom-tailored to the context of the misunderstanding, and to the exact situation. Some listeners may still be unclear as to what was said, but they may be shy or embarrassed to continue to ask you to repeat yourself or to clarify, so checking in with them that everything is clear can be a good idea, especially if the piece of information is crucial. Conversations are, of course, a two-way street, and ideally both people in the conversation are active participants in making sure that clear communication is happening.

Hopefully, these tips will empower you to use all the tools at your disposal to make your side of the conversation as crystal clear as possible!